How To Be A Great Sports Parent

How To Become Mentally Strong 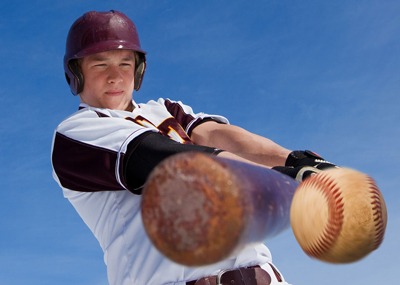 A batting slump is something that almost everyone has heard of but what is it? A batting slump, also called a hitting slump is where a player goes for a prolonged stretch of games where no matter what he or she does, they just can’t get a hit. There is no specific period of time that defines a slump such as going 0 for 8, 0 for 10 or 0 for 20. A batting slump is almost completely defined within the mind of the individual player. 0 for 5 in the mind of one little league player could be a huge slump, yet not in another’s.

What I can tell you is that nearly all batting slumps are mental. Interestingly enough though, very few players and coaches approach the solution to a batting slump with mental toughness as the solution. The tendency is to start tweaking the mechanics of the swing such as leg lift, load, bat position, stride etc. only to find that things do not improve. Often they begin a downward spiral where things get perpetually worse. My approach to batting slumps is to address the root cause of the slump through mental toughness training. I wish that all coaches would start with the mental side when addressing a slump instead of making all kinds of mechanical changes that need to be undone later. Once a player understands why the slump is happening, which almost always boils down to an underlying fear, my techniques quickly help the hitter overcome that. Not surprising that their hits soon start coming fast and furious.

As a coach, I have seen, and even been a part of the above cycle before I knew where most batting slumps were coming from. It must be noted that the assumption is the hitter had good mechanics to begin with. Now that I see how futile all the efforts can be to break a batting slump with mechanical changes.

Youth hitters, especially those who are used to having a high average can quickly fall victim to a batting slump. This can be because in their mind there must be something wrong if they go to the plate 3 or 4 times without a hit. It can be very detrimental to a hitter’s success when they start making changes to their mechanics after 3 or 4 outs, thinking there must be something wrong with their swing.

Baseball, when it comes to hitting, is quite different than most sports. A hitter is considered to be a good hitter with a batting average of .300. Now that means that a success rate of 30% is good. Because of this low success rate, players are taught by their coaches at an early age that you can’t let a bad play or bad at bat affect the next one or a 30% success rate can become 0% real quick. Mental toughness can be huge to the success of a hitter, even those that are not in a hitting slump because the low rate of success itself can create several types of mental blocks.

One thing that I teach is the concept of feel bad = play bad, feel good = play good. When you feel bad, emotions such as fear or embarrassment can quickly creep in. Difficult emotions such as those cause a loss of fine motor skills, tension and tightness resulting in faults in your swing or ability to see the ball properly. Those faults are often undetectable, except for the outcome of striking out or hitting a weak grounder. To get out of a batting slump look at the mind first, with mental toughness training as the solution.

I remember a young player that I coached who, out of the blue, was really struggling at the plate. He had always excelled in all areas of baseball from pitching to hitting to base running and fielding. In fact, one year he led the team in 11 out of 12 stats. I had him working with 2 different hitting coaches, each trying to find out what was wrong and couldn’t find a lot wrong with the swing. Some changes were made to his hitting mechanics but to no avail. I wish I had known then what I know now. His problem had nothing to do with his hitting mechanics but started with having a fear of letting down his coaches and his teammates that spiraled down with each strike out. It soon developed into a complete lack of confidence at the plate.

An interesting thing can happen at the bottom of a hitting slump, often the player starts to think that things can’t get worse, they stop stressing about the outcome and those difficult emotions fade away. As those emotions disappear, so does the tension and tightness. Fine motor skills return and they start having success again. Batting slumps do not have to get to that point when they can usually be quickly overcome with mental toughness training.

Batting slumps happen all the time, but you do not need to suffer through one. Mental toughness training can get you out of a slump or with a proactive approach, prevent one from occurring. 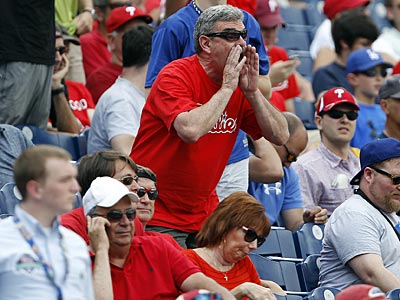